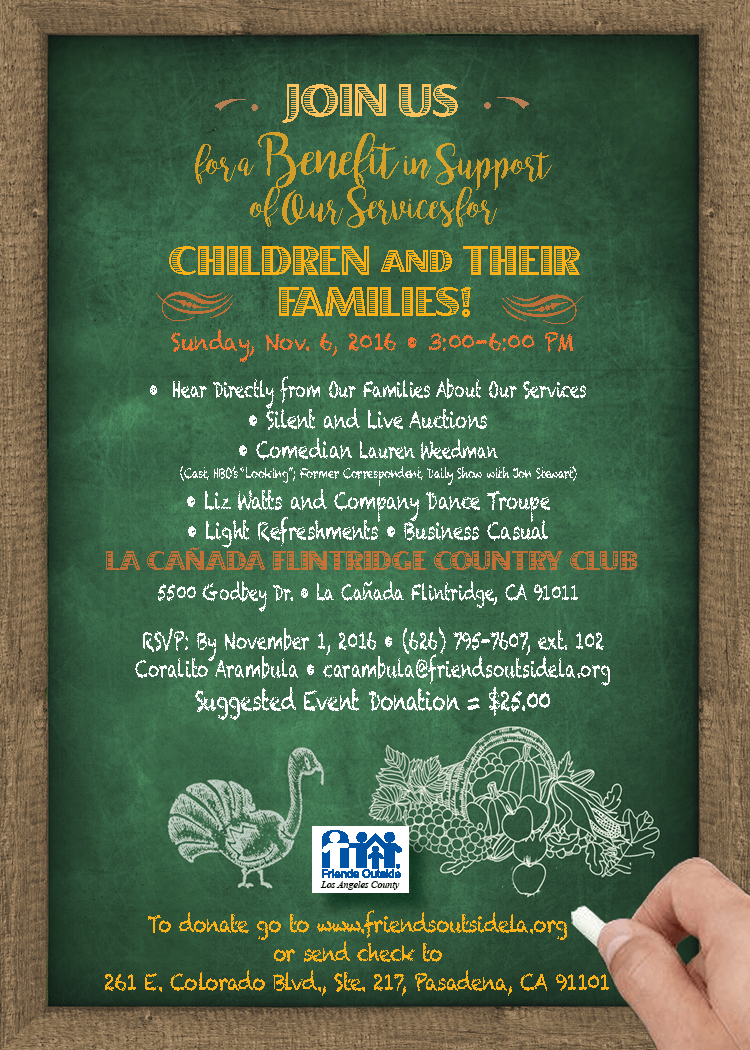 Children with incarcerated parents are the overlooked victims of incarceration.

Nationally, the number of these children increased by 80% between 1991 – 2007 (Bureau of Justice Statistics), and now stands at 2.7 million.  The number of children living in Los Angeles County who have an incarcerated parent is unknown. We can, however, make an educated guess of their numbers based on what we do know.  Approximately 65% of all inmates have children, and have them at roughly the same rate as the general population (i.e., 2.2 children).

Do these facts concern you?
Friends Outside is doing something about them.
tele:  (626) 795-7607
www.friendsoutsidela.org