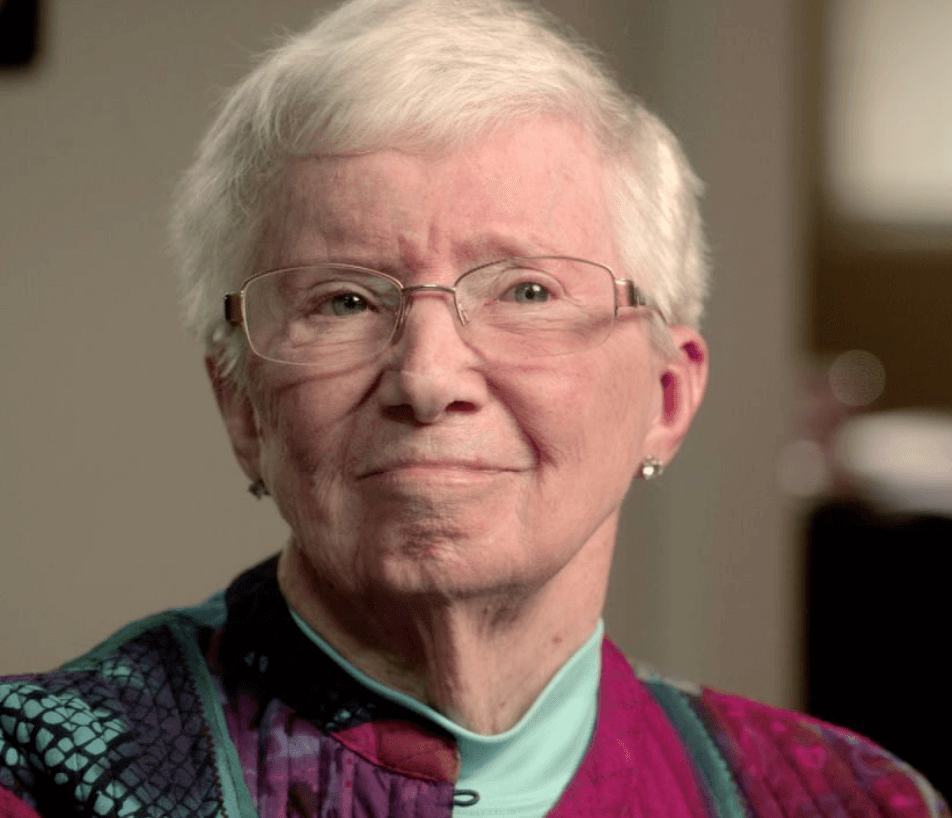 Joyce Ride was an Encino housewife when she became a board member for Friends Outside in Los Angeles County (FOLA), c1984. A self-described person who “can’t stand injustice,” Joyce visited the county woman’s jail for many years, later driving to the California Institute for Women in Fontana every weekend to visit females in state prison.  Mrs. Ride (Joyce) spent a significant amount of her own time and money to gain the release of an imprisoned woman, Gloria Killian, because she believed in her claims of innocence. Upon her release, Gloria was invited to move into Joyce’s home.

While daughter Sally was exploring outer space and daughter Karen (“Bear”) was becoming a Presbyterian minister, Joyce became the President of our Board of Directors. A fighter for women’s equality, Joyce hired women for whatever work that needed to be done and sported a personal gift, a bracelet, from Gloria Steinem on her wrist. In 1988, Joyce hired me to work for FOLA.  A “why use 10 words when one will do” sort of person, I gradually learned a few things about Joyce, such as that she was a gas station attendant while a student at UCLA. Joyce was a popular speaker. She spoke deliberately with carefully chosen words, commanding an audience’s attention when she spoke about the injustices in the criminal justice system, such as imprisoned women being shackled during childbirth. As for me, hired without many credentials to do my job, Joyce was always there for me, quietly guiding me along with unquestioned support.

Today, Joyce is a nonagenarian and Bear is a retired minister. Sally, who died in 2012, was honored with a postage stamp by the U.S. Postal Service in 2018. And, this month, Sally and Maya Angelou will be the first two of 20 women who will be honored over the next four years by the U.S. Mint with quarters that will be released in their honor.

The more I got to know Joyce, the more I began to understand how she grew up to do exceptional things. Joyce refused to fall into line with stereotypes and fought without compromise for the underdog. And, four decades after I met her, it has become abundantly clear how she and her equally impressive husband, Dale, would raise two girls who would, themselves, become accomplished leaders in non-traditional fields.

Thanks for believing in me, too, Joyce.