Dear Friends of Friends Outside in Los Angeles County:

Please go to link below and take needed actions.

The Coronavirus Aid, Relief and Economic Security Act (CARES ACT / S. 3548) would provide four months of operating expenses from March through June as grants provided the funds are all used to pay staff making $100,000 or less annually. (Bill not  passed yet)

Friends Outside in Los Angeles County’s Dads Back! Academy (DB!A) supports men coming out of prison to reunify with and be fathers to their children. The program is located in Watts and serves south Los Angeles. The program includes classes in fatherhood, healthy relationships, and employment, using “evidence-based” curricula.

One father we served is 35-years with a five-year-old son. We will call him Luis. Luis had been incarcerated for five years and thus was separated from his son for virtually all of his son’s life. Luis’ primary goal for enrolling in DB!A was to reunify with his ex-wife and be involved in his child’s life.

Luis expressed a lot of anxiety about meeting with his ex-wife and reconnecting with his son. He said that he did not have a good relationship with his own father, who he did not meet until he was nine years old. His father was not affectionate with him and this affected him deeply.

Prior to his first meeting with his son, our staff encouraged him to call him on the phone and ask him about his interests and favorite cartoon characters. As it turns out, it is Spiderman! The staff pooled their money and bought a Spiderman coloring book and crayons for the father to give to his son at their first meeting which went very well. Both were very excited and expressed happiness at being in each other’s lives.

Luis is now employed. He and his ex-wife have a cordial relationship, spending time together as a family over meals. His ex-wife now trusts the father to spend time with his son alone. Recently, the father took his son on a fishing trip, just Luis and his boy, a major step in the process of helping families heal after incarceration.

“If you are looking for help, that place right there can help you” -Father, Dads Back! Academy

Another DB!A father who we will call Derrick had been incarcerated for six years. He described how he struggled with guilt because of being away from his family and missing a lot of significant events with his children. Derrick first heard about DB!A when he was living in a Work Release Program and another resident said to him, “If you are looking for help, that place right across the street can help you.”

Derrick walked across the street and told the staff that he wanted to rebuild his relationship with his family. He enrolled and quickly started learning things he wanted to know such as strategies to help him better manage his anger. He learned new communication skills to “better navigate my personal relationships.” He also appreciated the feeling of “community” that he gained while in the program.

Derrick told the staff that he currently has a good relationship with his children and is actively involved in their lives. He also stated that he will share some of the problem-solving and personal finance skills that he has learned through DB!A to help improve his children’s lives.

Through DB!A, Derrick was able to enroll in truck-driving school while working as an in-home caregiver. Says Derrick, “this is the first time an organization that is supposed to help people has truly helped me.”

On the road toward success: A story about hope, determination, and patience.

KC is 55 years old. He is a DB!A Alumni and works as a Facility Manager for his church. He is diligent, focused and soft-spoken. KC learned about FOLA during an orientation at a “halfway house” for state prisoners. His goals were to be present in the lives of his three children and to find employment.

KC says that when he was first released from prison he was angry and quiet. Having been in the solitary confinement for 18 years, KC did not trust anyone and his conversational skills were awkward. KC takes a pause and thinks about how he felt when he first was released, which he describes as having a jail mentality. He credits the DBA! Group Facilitator, Monique, for learning to be around people again and get out of his comfort zone. He jokingly says, “She forced me to participate by asking me so many questions!” KC stated he wished the Academy were longer because he received so many tools, especially about computer literacy and healthy relationships and says that he still uses those skills today, more than a year after he completed the program.

KC smiles when he shares that he’s been able to reunify with his three children. He has been able to establish a closer bond with his youngest son who lives in Ontario, CA through visits and frequent phone calls. And, he keeps in contact with his two daughters who live out-of-state through phone calls. KC said he has achieved his goals, which were to have a steady job and a relationship with his children, a relationship that was once broken as a result of the mistakes he made in his “former” life. He then shared how grateful he is for DB!A because now he lives his life with joy in his heart. 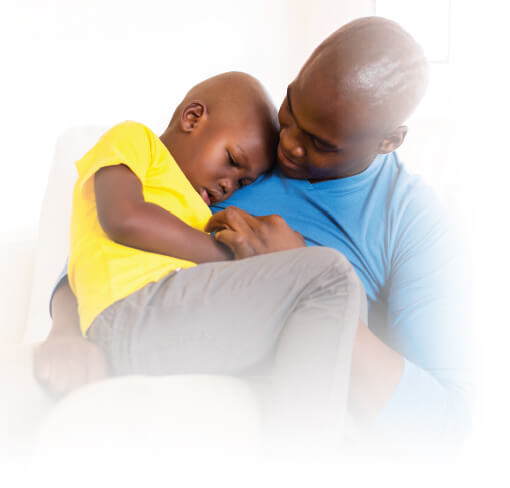 A conversation about strengthening relationships between incarcerated and formerly incarcerated fathers and their children.

Friends Outside in Los Angeles County Presents: Fatherhood Against the Odds, a summit for service providers, government agencies, elected officials, reentry fathers, and interested community members to focus on the need to engage incarcerated and formerly incarcerated fathers in their children’s lives.

You will help determine:
• What needs to change?

The Summit, continental breakfast, and lunch are provided at no cost to our guests through a generous grant from First 5 LA. 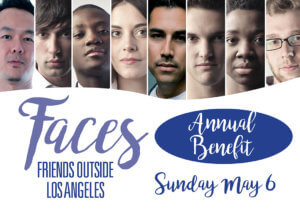 Join us on Sunday, May 6, 3:00 – 5:30 PM, for our Annual Faces – Friends Outside Los Angeles benefit at the La Cañada Country Club. The program features Dr. Brant Choate who leads all state prison-based and community parole rehabilitative programs for the State of California. Also featured will be A Man Like Me, a collaboration between Friends Outside Los Angeles and TheatreWorkersProject. Radio host Tammi Mac who is one half of 102.3 KJLH duo’s Mac and Amiche show will be the emcee. Tickets are $46 each in honor of our 46th year and can be purchased here.

Please Save the Date for our upcoming benefit in support of the programs and services provided by Friends Outside in Los Angeles County.  Mark your calendars for Sunday,  May 6, and see you there! 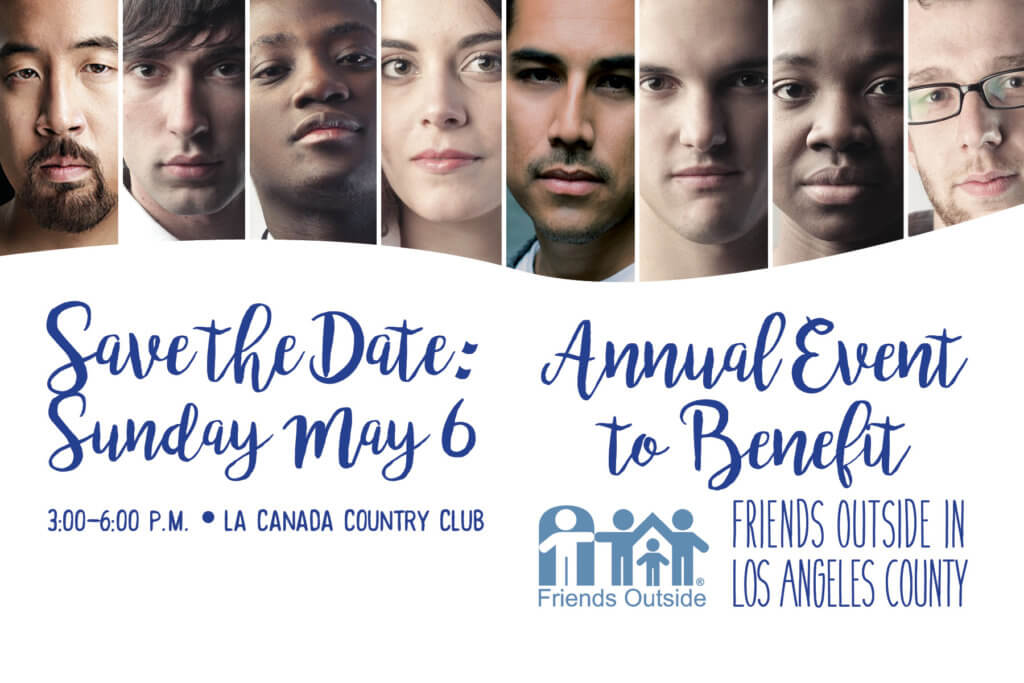